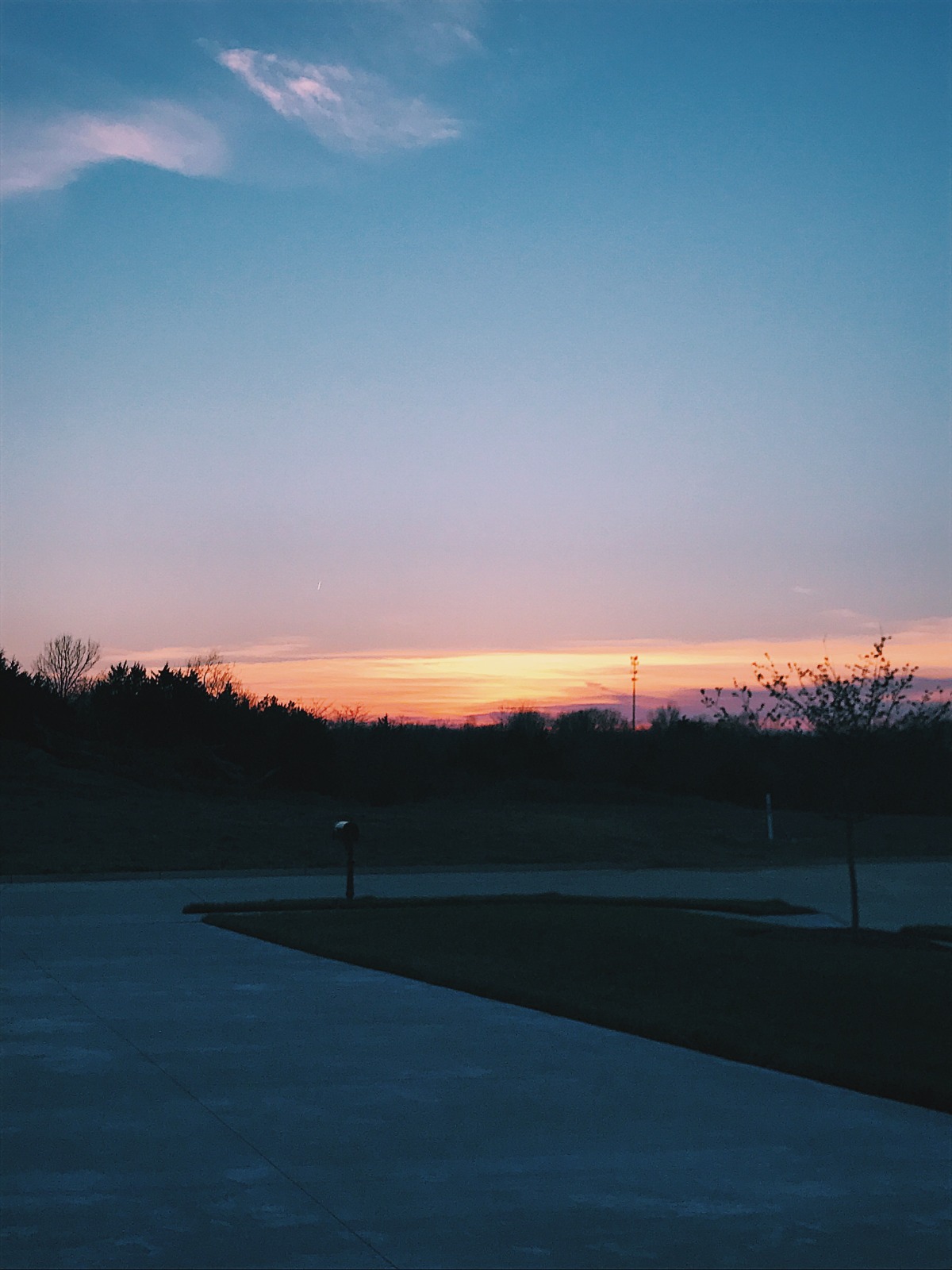 In a few days, it will be two whole months since I kissed decent tacos and high-end shopping malls goodbye and traded them in for a whole new existence in Columbia, Mo. It’s been really good, mostly. But it wouldn’t be a proper major life change without some lessons learned along the way, right? Here’s an update on my life in the only way I seem to write these days, in a list, of things I know to be true since moving back to Missouri:

The road to homeownership is a complicated one.

Several of you know that I was so proud and excited to be buying a house or a condo when I moved up here. I have been saving for this! It’ll be a great investment! It’s my dream to own a home as a single woman and my chance is now here in the land of cheaper real estate! A few of you tried to tell me to hold my horses, but I soldiered on in naivety.

If the house is in my price range, it’s either a total Fixer Upper (Do I look like I have the prowess of BOTH Chip and Jo Gaines?) or in a neighborhood where you’ll find heroin needles at the park. I could be house poor, sure, and buy something now, but buying a house just to prove to the internet that I DID IT is not a smart move. So I’m waiting.

It’s cool and fun and empowering to do stuff by yourself. 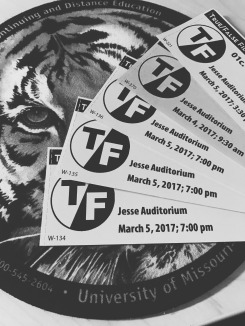 I mostly already knew this, but I get reminded every once in a while. In February I knew I wanted to see lots of documentaries at this year’s True/False fest, but I had a hard time coordinating with other people. So I saw a few films by myself. Some of the documentaries require a thorough emotional processing, which I found easier to do while scarfing down a gyro from International Cafe between movies, all by my lonesome. I talked to some strangers in lines, which was a common thing five years ago, but is now so rare to me that I found it ridiculously delightful. I saw the films I wanted to see with zero compromises. I cared less about bursting into tears while watching Dina when I didn’t know the people next to me. If you have the chance, I highly recommend Quest, Step, and Lindy Lou Juror Number 2.

When I first got to Columbia, I was working out pretty regularly. That all came to a screeching halt when I moved into the guest house (more on that in a minute). Subsequently, I started getting all moody and existential in ways that probably led to this blog post. When will I learn that regularly breaking a sweat is pertinent to my mental health? Here’s a pretty picture from one of my runs, which now feels like it was ages ago. Must get on the trail again soon. 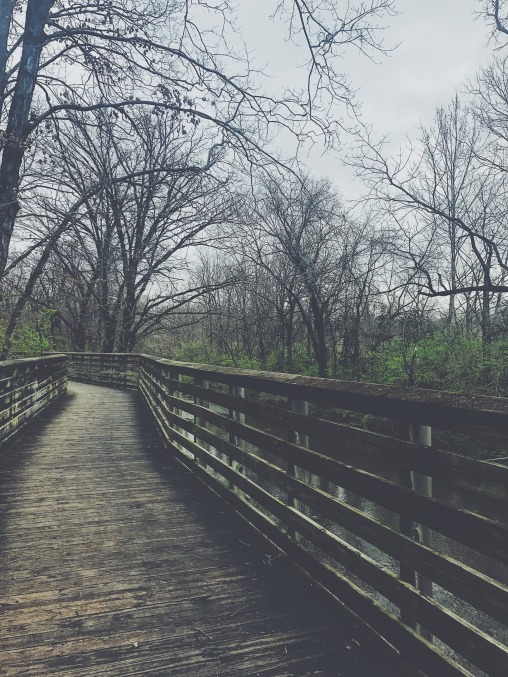 A lot of things do, but the quad never really gets old.

Moving is too expensive if what you’re actually wanting is a change of scenery. Because the novelty wears off quick. I’ve only been here a couple of months and I’m feeling it already. For instance, Shakespeare’s pizza is good, but it’s not great. Blasphemy, I know, but if you have permanent access to it, you realize just how greasy it is. That said, the quad on a nice day still physically makes my heart feel full. That’s as cheesy as it gets, but it’s just true. It’s a four minute walk from my cube, so on nice days I’ll take a break out there with all the undergrads.

Good friends matter. And I’m lucky enough to have several.

I like to tout a lot about how I’m this strong, independent woman, but the truth is, some really good people have gotten me through the past two months. Quite literally, several people have fed me, housed me, lifted heavy things for me, and helped me do really mundane things like hang stuff on my walls. They’ve asked me how I’m doing and really meant it. They take me fishing. They follow up on the problems I’ve mentioned to them in passing. They do the boring friend stuff, the over-the-top friend stuff and all the in-between. I’m not so strong and independent that I wish I moved to a city where I didn’t know anyone, that’s for sure. If you’re a person I’m talking about: Thanks a million. I’m so glad I’m near all you people again. 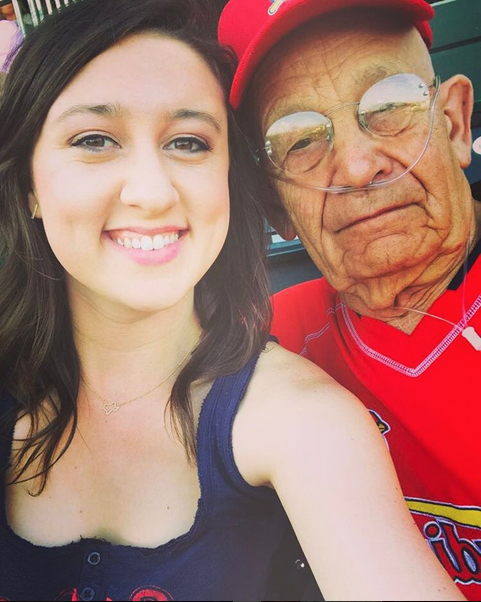 I know my grandpa sometimes wishes my brother and I could have grown up a little closer to him and my grandma in Springfield. Seeing your grandkids twice a year just isn’t always enough. But I’m closer now, and I’d like to make up for some lost time as well as I can. I have much to learn from him and about him, still. Like the more intricate rules of baseball, for instance.

The river and its surrounding areas at sunset are as good a reason as any to move here.

Before I moved, I couldn’t stop talking about how Columbia has so much more to do outdoors than Dallas does and how excited I was for that. I’ve been taking full advantage since I got here, and the fun is just beginning as it’s finally starting to get a little warmer. If you follow me on snapchat, be prepared for a full summer’s worth of sunsets, fishing videos, and other outdoor adventures. 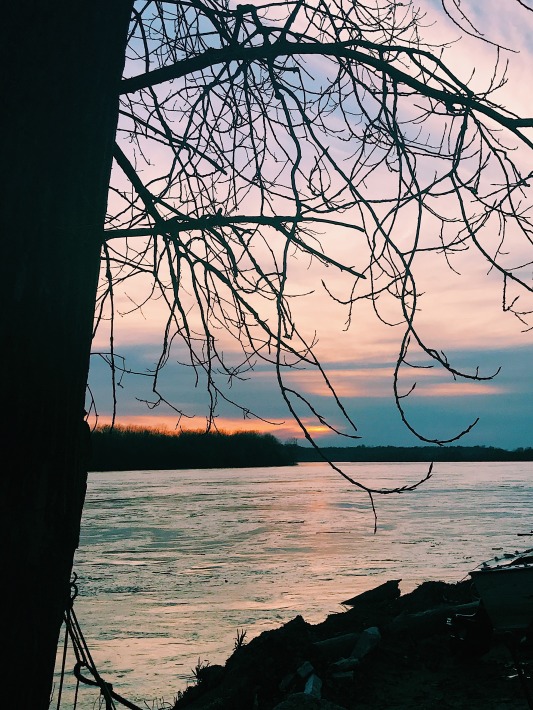 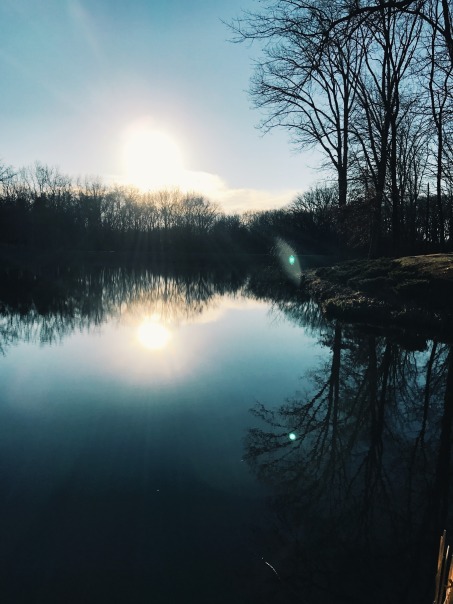 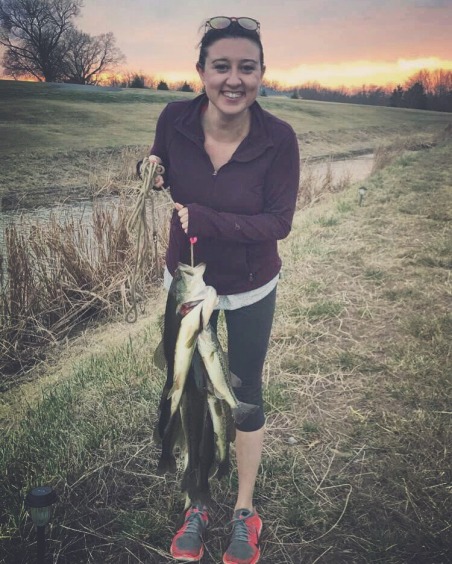 God, or the universe, or whatever, can redeem my recklessness.

As is to be expected, moving cities is emotional, and doesn’t really stop being so in two months’ time. For the first few weeks, I was as high as can be, walking around campus in awe that Mizzou and Columbia are big parts of my life again. But the novelty has worn off a little, and like I said, quickly, at that. Some days home feels really far away, because it kind of is. In my worst moments (that are very brief), doubt creeps in and takes over my thoughts like “Did you really pick up and move your whole life just because you felt like you needed a change and were overly emotional from some election results?” Some of you have also flat out asked me if I moved to get away from my ex. I did apply for this job before I needed to make a certain call to the police, but the timing was such that yes, probably some parts of me were glad to get as far from that situation as possible. Is that a little dramatic? Yes. Maybe even a little reckless.

But then things work out so perfectly that it really does all feel ~meant to be~ namely in the form of my living situation. Right when I needed it, a position that provides an apartment that they pay me to live in opened up. I’m the guest house attendant for the Wyatt Guest House, a place where patients from rural areas who are coming to Columbia to receive cancer treatment can stay, very close to the hospital, at a discounted rate. I have to be in my apartment from 9 p.m. to 7:30 a.m. on weeknights to answer any emergencies. I have Friday and Saturday nights off. “Emergencies” are usually things like letting someone in who locked themselves out or getting everyone into the basement in the event of severe weather. Rare stuff. In two weeks I’ve had zero calls. And it comes with free rent, wifi, utilities, and cable. So as you can imagine, it puts me in a very wonderful situation financially. Everyone is all, “HOW did you score that gig?” and the truth is, 1. I happened to know the right people and 2. The timing worked out by the grace of God. That’s all.

That’s just one example of many. And I’m not even sure I believe in “one chosen path” and that my decision to move here was either the right one or the wrong one. It’s just a choice I made, with pros, cons, and consequences – both good and bad. I knew I would feel this way a little bit when I moved, but I was on such a high my first few weeks that I thought maybe I’d skip any negative feeling altogether. But nope, I’m a little homesick now.

But whether it’s through the guest house, a gorgeous sunset, or a good conversation with an old friend, I am constantly getting nudges of reassurance. Life is real good, y’all, and I’m so, so grateful.

Hi, I'm glad you found me. View all posts by Alex Ethridge